The 50s, 60s, 70s, and 80s were memorable times for the boomers. Suppose Boomers were to go down memory lane about the different board games that they spent time playing. In that case, they’d all tell you that it is a great recipe for reliving their fondest memories while rebuilding emotional well-being for the present.

Life threw a lot at them, and in return, they responded by getting together to play their favorite board games, with plenty of laughs and memories to take home. If you are a boomer and would like to reminisce on some of those exciting board games from the past, here’s a little throwback to cherish

5 Boomers’ favorite board games from the past

Oh! How historical and fun these board games were. Every bommer who played them couldn’t forget in a hurry. Although, some have faded off into obscurity as age passed.

Boomers so enjoyed playing this game because it gets each player prepared for mental and cultural challenges. The Trivial Pursuit Baby Boomers is a game where players have to answer questions about different subjects to win.  It was a board game of questioning that involved mental drilling. These questions are called “Boomer-era questions”. Players ask each other questions from the six categories available, which are: Broadcasting; Lives and Times; Nightly News; Publishing;  Stage and Screen, and R.E.M (Music).  Boomers used to play this game with two to six players. Boomers were always cracked up whenever they got questions like “Who had an iconic topless Rolling Stone Cover?”

Have you ever heard the phrase “A game for our generation?” If you answered “Yes!”, then, it should definitely be from the boomer generation. It’s the way they react and shout for joy when one of the players of the monopoly game throws a double-six. The game was so fun and tactical that to land on the expensive properties without spending all your money during the game requires wit. And then when one player ends up losing guard, owing the other player some money, you hear something like “You owe me £7,000… Yeah! It’s been gentrified”. A boomer jokingly claimed that lessons learned playing monopoly board games during their time were the reasons why they were very bold and confident to make firm and right decisions beneficial to subsequent generations.

This is a simple racing board published by Hasbro in 1949, about 72 years ago. It was a game loved by the boomer generation. It allows two to four players, and this game requires no reading and minimal counting skills, making it suitable for them as children growing up. Anyone not in the boomer generation would have thoughtfully imagined why such an ordinary board game sold about one million copies yearly! Simple! Candy Land is a game about movement. It simulates a stroll instead of the studied rigor of therapeutic exercise, and movement is so effortless, that it’s all one can do.

This board game was introduced to the Boomers generation in 1965 by Milton Bradley. Here’s a glimpse into the “Mysterious Game”. Mystery Date had groups of young girls competing for dates with their “dream” guys whose picture would appear on the other side of the board’s “mystery door.” A well-groomed man in a tuxedo and a variety of preppie types with skis, beach umbrellas, and bowling balls were among these dreamboats. The only “dude” was a scruffy-looking man with mussed-up hair and stubble who wore soiled jeans and boots. However, if you ask any boomer still around, who played this game, they’ll tell you that the messy one had become the most desired.

Backgammon is a game played by moving counters on a board, with the throw of two dice controlling the movement of the counters. Backgammon is played by two persons, with 15 white and 15 black pieces, and a board with 4 sections, each marked with 6 narrow wedges, or points, in two alternating colors. The two numbers shown on the dice are applied to the stones. A player may begin “bearing off” his stones after he has placed all 15 stones into his own home (inner) table. The player who first bears off all 15 stones wins the game. What’s fun to boomers about this board game? It’s at that point where one player‘s men capture the other player’s men, compelling them to retrace their steps around the board.

This is a fantastic nostalgic moment for game fans of the Boomers generation. While most games for this generation are now digital, and board games are rapidly being adapted to be played on mobile devices and computers, boomers will always remember the times when they laughed hard and emotionally bonded with other players while also improving their mental and business capacity. 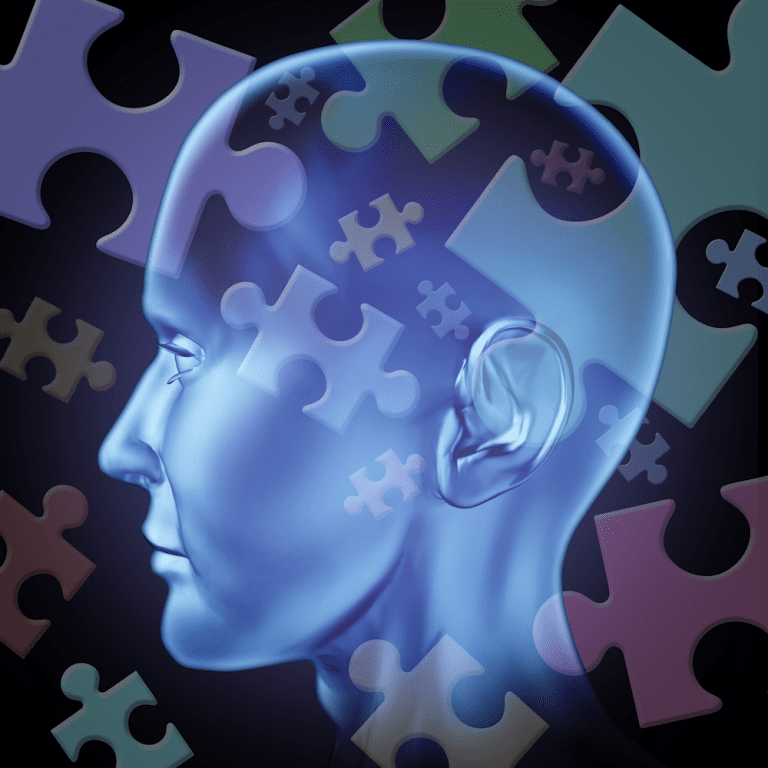 Funny and Clever Riddles for Adults People generally fall into two categories: those who enjoy jokes and want riddles. If… 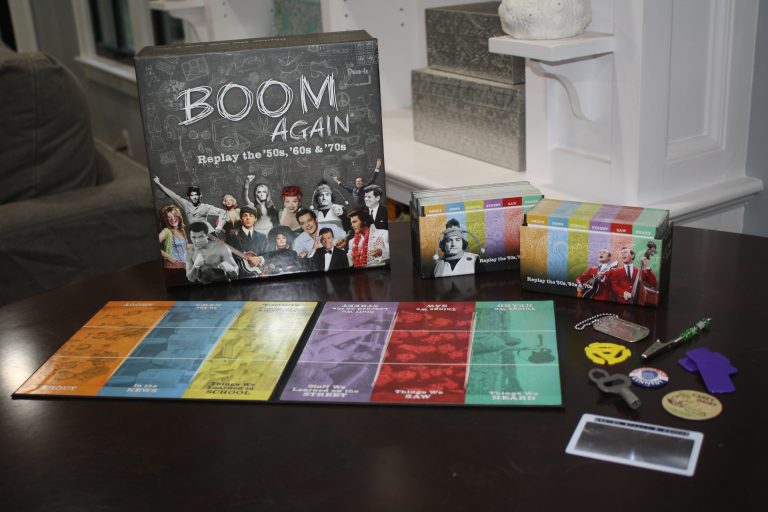 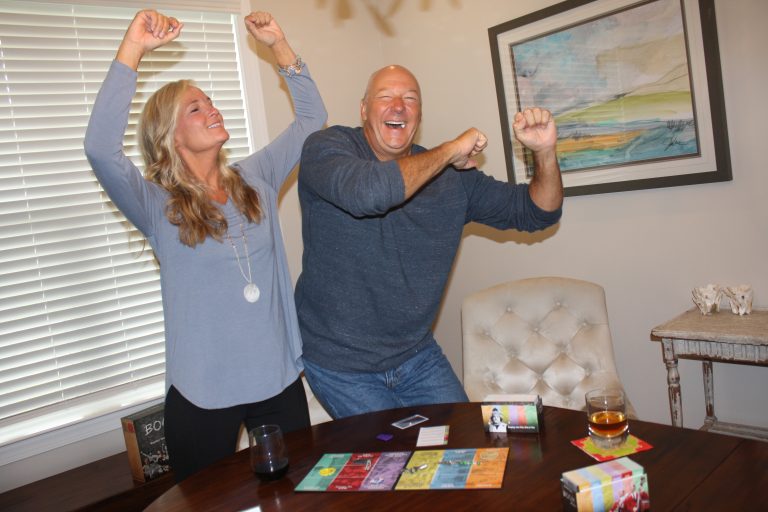 If you are a lover of trivia games, you most likely have come across two of the most popular Pop… 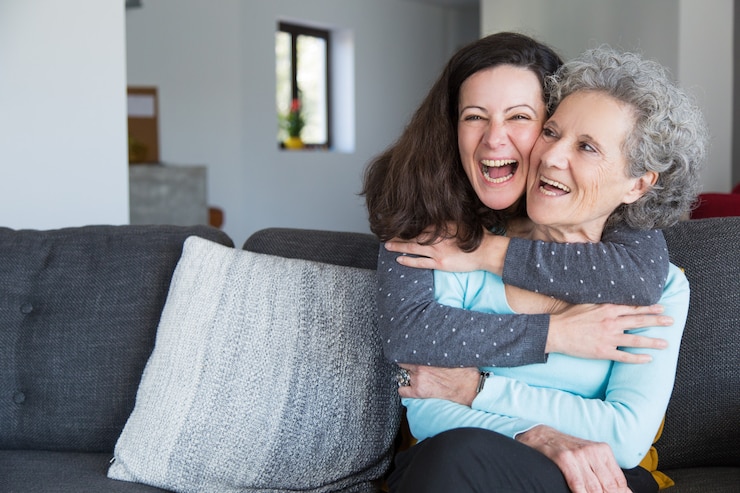 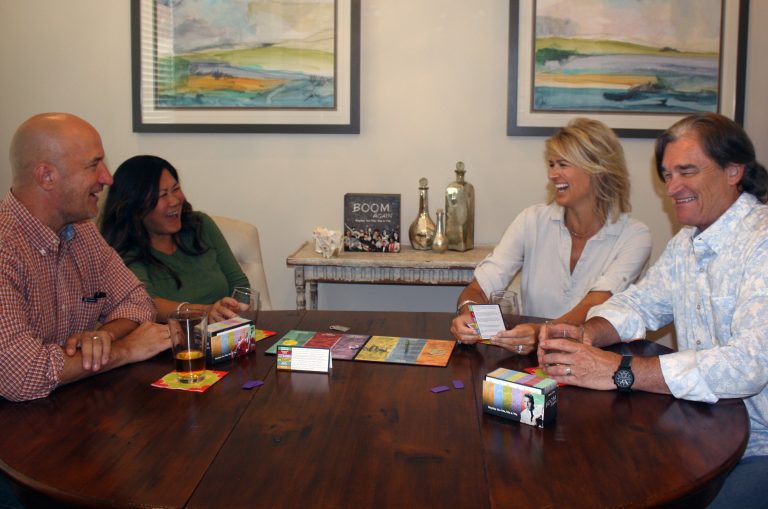 Boom Again is a pop-culture board game that creates a social atmosphere. It generates a competitive and exciting moment for… 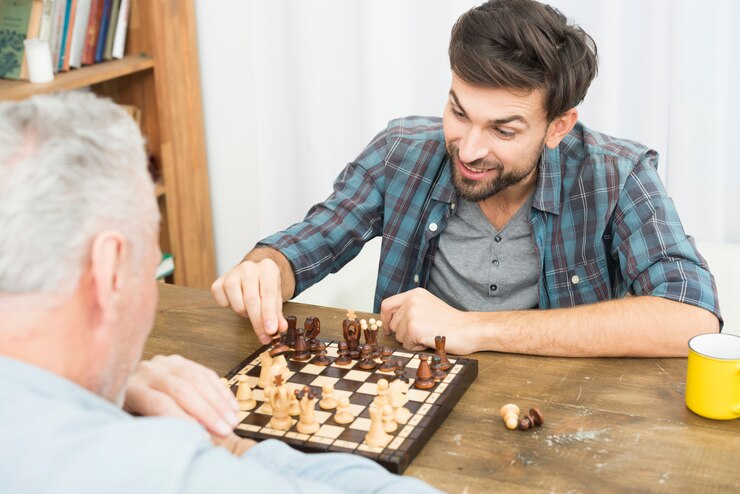 The action of merely recalling information in the mind is super fun. Answering trivia questions challenges and shakes up your…